There are only a few people who I can say got what I was ever talking about when it came to tech and media.  David Bowie would not only get it he would sprinkle his own flashes of brilliance into the conversation. My attorney in Sweden Rolf Larsson would be miles ahead of me, and my buddy actor, film producer Steven Morana.

Few months ago Steven Morana and I were sitting at Four Seasons Toronto, Dbar talking about where I usually find talent.  I told Steven, “Bro it’s all on Instagram, it is where you find upcoming directors, actors and musicians..”  The was no gap in our conversation Morana was toe to toe with me on these points all of them and had his own take which jived with mine.

I would end up taking this idea  of creating F1 Films to Montreal as we already understood the market and talent to the Canadian Grand Prix the concept being very simple,  thirty to sixty-second films directed by women, fans, emerging directors, and film directors for social media and featured all at The Toronto International Film Festival or on the F1 website, as well as on Instagram.

As I was walking around the paddock I bounced the idea off Damon Hill who I knew is a very creative guy and Hill instantly got it.  Hill added that there should be a panel of judges, and later I would sit down with one official of Formula 1 and she loved the idea especially short films and suggested that F1 Films Awards could be thrown into the mix.

While the cars raced and creative ideas were bounced around the CEO of the Toronto International Film Festival was getting a tour of the paddock.

While nothing so far have moved forward on the F1 Films front as everyone is currently on holidays, the short film concept that Morana and I had spoken about at Dbar in Toronto took shape for 2017 and this year Morana entered his own Insta Short.

In 2016 Toronto International Film Festival, taking notice of the flurry of photos and videos posted to Instagram, had partnered with the Facebook-owned app to launch a digital shorts competition.

The TIFFxInstagram Shorts Festival   has established filmmakers from around the globe invited to upload original 60-seconds-or-fewer film shorts, using Instagram. TIFF programmers will select 30 finalists to be showcased on the film festival’s website and an Instagram channel in August before a six-person jury selects a Judge’s Choice award winner. This concept was the turn-key idea also presented by myself to few at Formula 1 as the possibilities of stories are endless.

This years jury is as follows , TIFFxInstagram Shorts Festival Jury.

Awards for the inaugural TIFFxInstagram Shorts Festival will be announced on Aug. 18.

Check out my buddies Instagram film entered in the TIFFxInstagram Shorts.

$3000.00 per bottle Carbon champagne is Official champagne of F1

In 2016 Nico Rosberg gave it his all made sacrifices in pursuit of winning the championship title his first Formula One title.  What did it take? How do you motivate yourself? What about focus?  Here is an insight with retired Formula One World Champion Nico Rosberg. 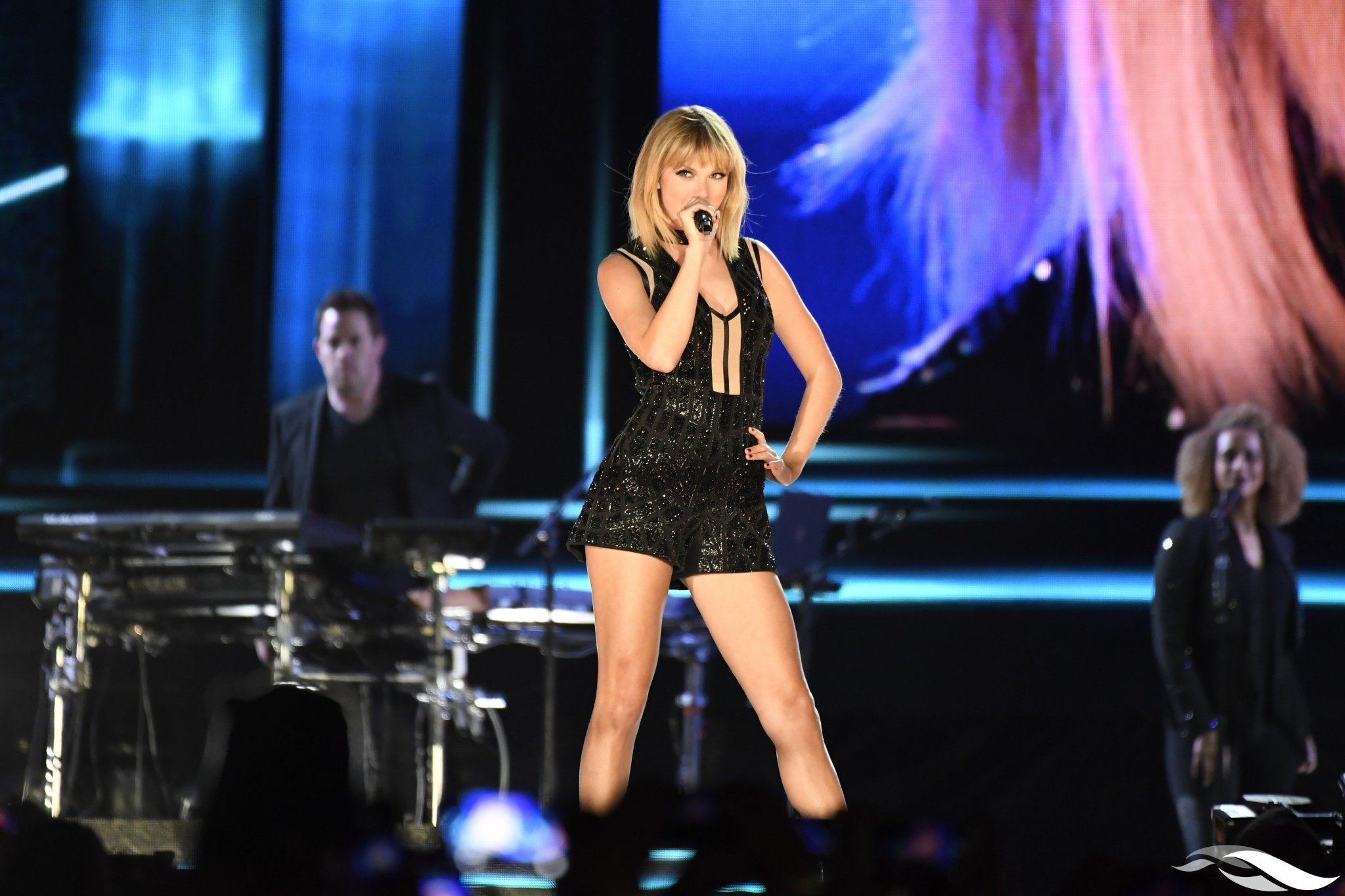 “Because all this is going through, they (CVC) want me to be there to help them with all sorts of things. I can’t afford to be away for five to six days” – Bernie Ecclestone

Things are moving along the path that Liberty Media will take control of F1 from private equity group CVC Capital Partners.  Yet anything can happen.  One thing is clear.  Bernie Ecclestone say’s “They want me to be here for three years,” that is one loaded answer could mean anything and the three years better be to Bernie’s liking.

Here is what I can tell you.  Chase Carey, vice-chairman of 21st Century Fox, will become the new chairman.  This is a great thing.  One day when David Bowie’s office called and said ” Hey Tim Rolling Stones need a broadcasting deal”, I took this to Carey who made it happen for the ‘Bridge to Babylon Tour’.  Carey is also a very smart nice guy.

Liberty has already taken an initial 18.7 per cent stake in F1 for $US746 million, paid for in cash to the existing owners of Delta Topco — the holding company of Formula One.

However, once the second stage of the deal goes through Liberty Media will not only own Formula One, but will actually become Formula One — changing its name to Formula One Group (with the share market ticker FWON).

And it isn’t like the existing owners of F1 will just disappear with some cash.

The second part of the deal involves another $US350 million or so worth of cash, but most of the payment to F1’s existing owners will be in newly issued Liberty Media shares.

In fact, F1’s existing owners will have a near 65 per cent economic stake in the new Formula One Group (what is currently Liberty Media), although their shares are non-voting, so the current Liberty shareholders will have control of the business.

The first stage of the deal has already been done, with Liberty now already holding its 18.7 per cent stake, while the final stage is expected to complete in the first few months of 2017.

Although the final stage of the deal is subject to approval from competition regulators, approval by Liberty shareholders (which include Warren Buffett’s Berkshire Hathaway) and the go-ahead from motorsport’s top governing body, the Federation Internationale de l’Automobile (FIA).

Liberty Media have agreed a deal to buy @F1, what do you guys think of the news? #F1 https://t.co/lC9ccvsQiA

Welcome to Canada and if you are traveling by train, car, bus, air, or just walking around the circuit here is a all Canadian music playlist for you to enjoy and discover some Canadian talent.  The playlist has mellow start and goes from there.  While there is so much talent out there, I just put this together of friends of mine or those musicians my friends know.

Megan Bonnell her recent album was fully crowd funded, from my home town Toronto, not only can she sing she can also make a mean banana bread.

Alannah Myles  I used to spend a lot of time on the road with my buddy Kevin Jones who was tour manager for his brother Mick Jones of the band Foreigner, and Alannah was always around Ca Va is mellow start to the playlist.

Serena Ryder – born in my hometown of Toronto and she kicks ass.

Anna Cyzon – Is a dear friend of mine and she totally rocks she has also been a great help to me for my film on fans of David Bowie.

Armando Scarlato Jr. One day walked into a jam session of the David Bowie film started to sing and blew everyone away.

Alanis Morissette – I first met Alanis on my birthday dinner in Los Angeles with my buddy Tim Thorney she had come to shop her album Jagged Little Pill.

Drake – Also from my hometown of Toronto (the 6) and a friend of my buddy Sammy. I don’t need to say more it’s Drake.

Virgina Storey  she just rocks, and put new twist to her music she is a big fan of Bowie and if he was still with us he would like her music.

Gang Signs  – My friend Karen Hood owns a music label File Under Music and this band is signed to her label.

Bend Sinister – Also signed to my friends label File Under Music of Vancouver.

Francesco Yates – I first met Francesco at a fashion show his big influence was Prince and Michael Jackson.

Hill And The Sky Heroes –  A solo project of my very multi talented friend Hill Kourkoutis  a massive fan of David Bowie.

Justin Bieber  – Well who does not know this dude, Lewis Hamilton been hanging with him of late and my mom loves him.

The Weekend  – This dude from my home town been killing it, working real hard and has collaborated with my friend Hill Kourkoutis also on this play list.

Tim Thorney – A very talented friend of mine who is a record producer, singer songwriter and owner of Villa Sound a very cool recording studio, he has his fingers on the pulse of talent in Canada.

In My Coma – This band not only rocks they can party and we have done it they have a new album coming out this fall.

Mandy Bo –  She just followed her dream and works really hard, I really like her and she has a crowd funding project on the go, check it out on her website.

NJ Taylor – From Montreal a big fan of Red Bull Racing, she is one very talented friend who is always working at her craft.

Young Empires – I got turned on to them by my fashion stylist friend Kirsten Readerh who styled one of the band members.